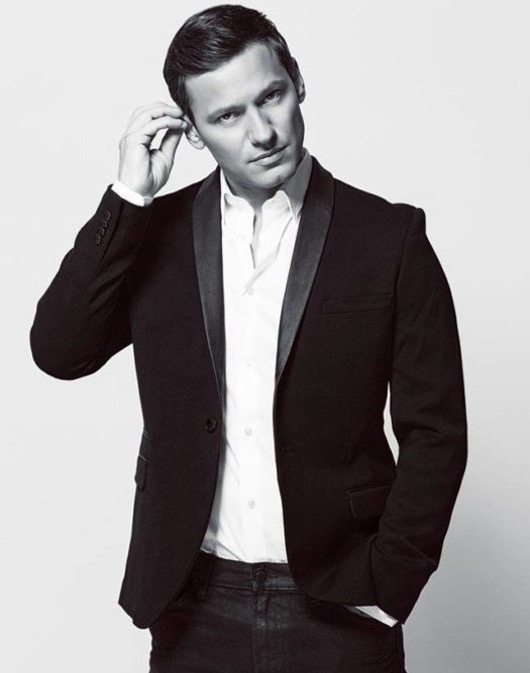 Orlin Pavlov was born in Sofia, Bulgaria to a family of musicians. Both his parents were opera singers during the 60’s through the 80’s. He graduated Plovdiv University, subject “Scene synthetic arts”. During his study years he was working as an actor in theatre in Gabrovo. In 2002, Orlin Pavlov was invited to become the lead singer of the pop group Kaffe. Kaffe was the first Bulgarian band to represent the country in the 2005 Eurovision Song Contest in Kiev, Ukraine with the song Lorraine which ranked 19th with the total of 49 points respectively. In 2006, Orlin Pavlov starts a solo career with the song “Dream on”, following by different collaborations during the years with other colleagues. He was participating in Dancing Stars in 2008, and Vip Brother in 2012, where he won both reality formats. In 2010, he was also a host, of one of the daily shows in Pro BG TV.[1] In 2009, he was selected in the panel as a jury in VIP Dance Bulgaria and also in 2015 in Eurovision Child Song Contest, which was held in Bulgaria for the first time. In 2014, he accomplished his first international tour in United States, in cities Chicago, Los Angeles, Las Vegas, New York, Kape Code and Atlanta with huge success. In 2016, he was participating in third reality format of the Bulgarian version of Your Face Sounds Familiar, where he was acting as a copy of different musicians from Bulgaria and abroad, with eight more competitors. In addition to his singing career, Orlin Pavlov has also a career in acting. He played in a comedy series “Home arrest” (Bulgarian: Домашен арест) at BTV and also in series “Reward” (Bulgarian: Отплата) at Nova TV. In 2014, he played the leading role in Nikolay Iliev’s movie “Living Legends” (Bulgarian: Живи Легенди). In 2016, he synchronized the leading role of the dog Max, in new Disney movie called “The Secret Life of Pets” (Bulgarian: Тайният живот на домашните любимци), on cinemas in August 2016. In 2017 Orlin Pavlov is going to synchronize the leading role as the Beast in new Disney movie “Beauty and the Beast” (Bulgarian: Красавицата и Звяра), in cinemas from 17 March. Fonte: Wikipedia
Questo sito Web utilizza i cookie per migliorare la tua esperienza. Supponiamo che questo ti stia bene inoltre puoi annullare l'iscrizione se lo desideri. CookieAccetta
Cookies Settings